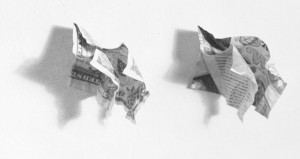 No two objects in the world are identical. They are all different. Even if they belong to the same class, even if they come from the same production process or when they are twins, they differ. It may take some inspection before we have found the difference. Nevertheless, in spite of the fact that all objects are different, we are able to state that some pairs are more similar than others. How is that possible? Why is one difference more important than another? How do we know or how do we judge?

Thinking this over will guide us in the development of automatic pattern recognition systems. Such a system should be be able to distinguish pairs of similar objects from pairs of dissimilar objects. It should be possible to measure the difference between objects quantitatively. This implies that we have to bring all the objects in a domain that is open for computations on object differences. This domain is called a representation.

The process of finding a good representation cannot be done automatically. As all objects are different, it is the problem of the teacher, the human expert supervising the design of the system, who has to decide how object differences have to be measured: what is important and what is not. This is by far the most important step in the design of the system. It is possible to make mistakes here that can not be corrected at all by the next step. In a careful design however roads are kept open that do not seem to be important now, but might be later.

These two guidelines should be followed in designing a representation. If neglected some interesting real world phenomena may not be learned from observations. The generalization will then be limited or fail entirely.