How can PRTools be used for studying the dissimilarity representation?

Many studies have been presented on the dissimilarity representation in which experiments are based on PRTools. A large collection of research tools has thereby been developed. As research in this direction is still in progress by various researchers, a stable and consistent toolbox is not yet ready. There are however many possibilities to develop and run dissimilarity based experiments directly on PRTools. Here follows a very short introduction.

Obtaining or constructing a dissimilarity matrix

A dissimilarity matrix should be supplied as an ordinary, labeled PRTools dataset with as many columns as rows. The columns refer to the same objects as the rows. For some routines it is needed that the PRtools feature names labeling these colums are identical to the corresponding object labels assigned to the rows. This might be done by a call like:

A dissimilarity matrix, given by a dataset as described above, can be interpreted as a feature matrix. It is a set of objects represented as vectors(dissimilarities to other objects)  in a vector space, the dissimilarity space. Procedures for feature spaces apply here is well. The original dimensionality of the dissimilarity space is equal to the number of objects. Dimension reduction may thereby be needed for some classifiers. In contrast to feature spaces random selection of e representation set is a sensible procedure here, next to other procedures for feature and prototype selection. An example: 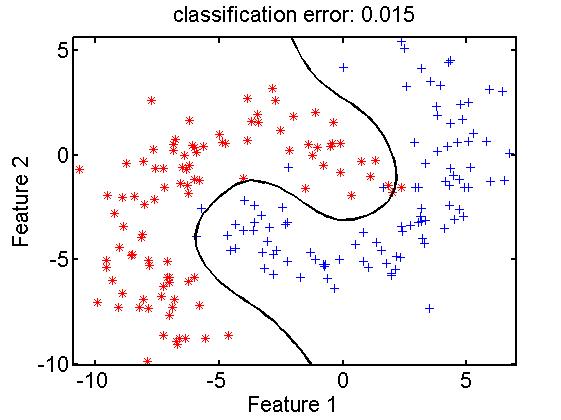 This example is, for simplicity, based on a feature space. It results there in an interesting, good performing classification function. PRTools offers an integrated classifier, fdcs. In contrast to the support vector classifier there is no need for kernel optimization as the dissimilarity measure does this in a natural way. See a paper on this topic for more information.

In case of given dissimilarities the above example simplifies as the computation and application of the mapping to the dissimilarity space (disspace in the example) is not needed. 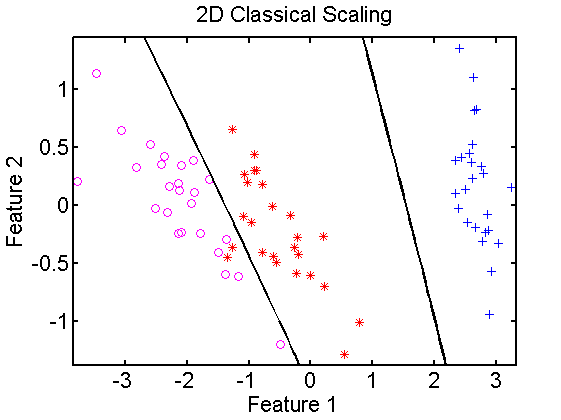 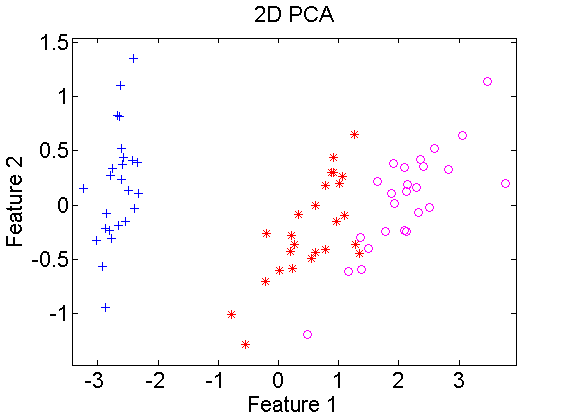