I want to inspect my classifier in a scatter plot, but it doesn’t work

a = iris;    % load 4D dataset from prdatasets
scatterd(a); % shows a scatterplot for the first two features

In case a classifier W has been computed for the Iris dataset, it is defined in a 4-dimensional space. This cannot be shown in a 2-dimensional projection. This doesn’t make sense. As this caused many problems with starting students, an error message is displayed in the most recent versions of PRTools if one attempts to plot such a classifier:

Consequently, it is not possible to inspect multi-dimensional classifiers for more than two dimensions. scatterd and plotc just give an impression in 2D. What is really happening might be entirely different. 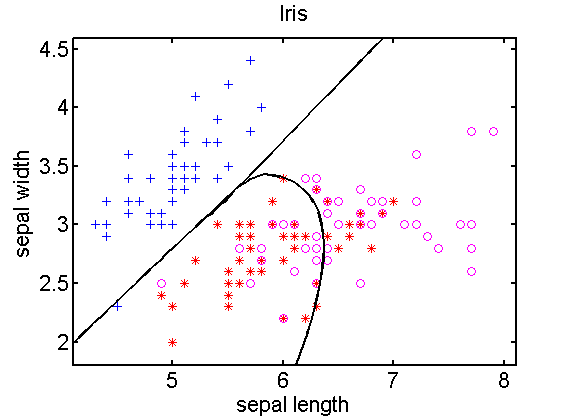