The dissimilarity space – a step into the darkness 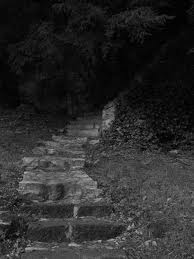 Features are defined such that they focus on isolated aspects of objects. They may neglect other relevant aspects, leading to class overlap. Pixels in images describe everything but pixel-based vector spaces tear the objects apart because their structure is not consciously encoded in the representation. Structural descriptions are rich and describe the structure well, yet they do not construct a vector space. As a result, we lack a proper representation for learning from a set of examples.

Is there a way out, or are we trapped?

Pairwise dissimilarities may cover all the significant differences between objects. Every detail may be expressed as a contribution to the dissimilarity. However, experts often construct a dissimilarity measure (for their domain of expertise) which cannot be interpreted as arising from an Euclidean space. Objects may thereby be represented in a vector space, but it has to be equipped with a non-Euclidean distance measure.

What if we interpret the dissimilarities

and all other objects

? This means that the object

is represented by a dissimilarity-based vector

for which we choose to represent it in an Euclidean space. Now, a feature is an object-dependent measurable property that tells us something about its class membership.

Such dissimilarity-based vectors can be used as properties both if these objects belong to the same or another class in the same classification problem. What we need is a suitable measure defined on the sensor inputs for two objects that is zero if these sensor inputs are identical, and thereby, hopefully the objects as well. Moreover, every difference in the inputs should contribute to a positive increase of the measure.

should be small if they share class membership and large if they don’t. The quality of the measure directly relates to the discriminative power of the dissimilarity-based feature.

is the dissimilarity between the sensor inputs for objects

is a feature defined by pairwise dissimilarities to

is a dissimilarity-based representation for

-dimensional vector space in which the dimension

In this way we postulate the dissimilarity space

is addressed as a data-dependent mapping

from an initial representation Y (or a collection of objects

. We endow it with the traditional inner product and the Euclidean metric. Since dissimilarities are nonnegative, all data are mapped as vectors to a nonnegative orthotope of a dissimilarity space.

In this space classifiers can be constructed as in any other feature space. This space is however different in comparison with traditional feature spaces. Features such as color and shape will be expressed by unrelated measures and may thereby have incomparable ranges. This causes a scaling problem: how to scale different features such that they contribute their discriminative information in a similar way? Dissimilarities, on the other hand, are in the same range if the objects to which we compare cover the entire domain of objects.

A second difference with the feature representation is that, initially, a dissimilarity space contains as many objects as it has dimensions. For some classifiers this is bad and it will result in overtraining. But there is no need to take them all! It is to be expected that dissimilarities to similar objects are similar. So, for large data sets with many similar objects, there will be high correlations. The representation set, the set of objects to which we compare, can thereby be a subset of the available set of objects. Even a random subset may do. It has been shown that a careful selection based on some optimization criterion is only needed to obtain a good, small representation set.

Personal history on the dissimilarity representation
What is new in PRTools